The Dow Jones Industrial Average fell just over 1,000 points Monday, while the S&P 500 declined 3.3 percent and the Nasdaq Composite dropped 3.7 percent. The news followed market drops in Europe and Asia.

Quarantines and forced business shutdowns are devastating China’s economy—90 percent of all the affected provinces’ businesses have been negatively impacted, according to a white paper, “Business Impact of the Coronavirus,” published by Dun & Bradstreet earlier this month.

Those disruptions are beginning to affect the global supply chain, D&B found.

Apple and Carnival Corp. are among the American companies that have outlined the financial impacts of the coronavirus outbreak. Under Armour reported on an earnings call Monday “potential delays and capacity challenges” due to supply chain disruptions caused by the crisis. Meanwhile, other American companies like McDonald’s and Starbucks have temporarily shuttered stores in China, while the three largest U.S. airlines have temporarily stopped flying to the country. 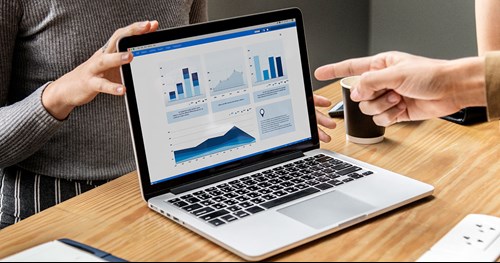 What can companies do to address these problems?

“It’s impossible to build a process that eliminates disruptions,” said Brian Alster, general manager, third party risk & compliance at Dun & Bradstreet. “But there are ways to reduce it so it doesn’t impact on your company’s performance and profitability.”

Good onboarding of third-party suppliers should take into account risks associated not just with their finances and operations but with the unique risks presented by the country they operate in, he said. Continuously monitoring and updating those risks is critical, he said.

Lastly, companies should identify critical components in their supply chain and consider sourcing those components from more than one part of the world, he said.

Businesses “should seek alternatives while times are good and not wait for disruptions,” he said.

The current coronavirus outbreak is larger than the SARS outbreak that hit China in 2002-03. But that’s only part of the reason it has been more damaging to the global supply chain.

Since 2003, China’s economy has climbed from the world’s sixth largest to the second largest last year, behind only the United States. Its reach as a provider of raw materials and unfinished goods is vastly larger, as is the buying power of its consumers, according to a recent blog post for SAI Global.

Should the coronavirus outbreak level off by the end of the second quarter, its effect on the global economy will be minimal, D&B’s white paper said.

But should the crisis last beyond the fourth quarter, D&B predicted its impact would be much more severe.

“This scenario considers that there is no indication of a recovery within 2020,” the report said. “In this case, a maximum of four percentage points and three percentage point drop in real GDP growth is expected for Hubei and China respectively, resulting in a global growth slowdown of approximately one percentage point.”