The Financial Accounting Standards Board’s controversial standard on credit losses was dealt two significant blows Friday as the U.S. government scrambles to respond to the financial impact of the escalating coronavirus pandemic. 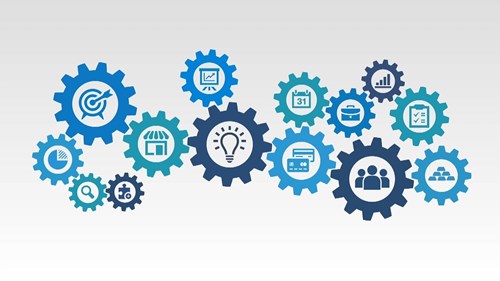 First, the Federal Reserve, Federal Deposit Insurance Corporation (FDIC), and Office of the Comptroller of the Currency issued a joint statement allowing banking organizations to mitigate the effects of the credit loss standard, known as CECL, in their regulatory capital for up to two years. The interim final rule, which takes immediate effect but is not mandatory for banks wishing to stay the course, applies to organizations required to adopt CECL by its Jan. 1 effective date this year and is an addition to a three-year transition period already in place.

Meanwhile, the U.S. House of Representatives on Friday afternoon passed a $2 trillion stimulus package that also calls for compliance with CECL to be delayed. Under Congress’ coronavirus pandemic response package, first approved by the Senate earlier this week, banks and insured depository institutions are temporarily off the hook for being required to comply with the standard until the national emergency declared by President Trump on March 13 is terminated, or Dec. 31, 2020—whichever comes first.

Later Friday, President Trump announced he signed off on the relief package, referred to as the CARES Act.

CECL requires companies to take a “current expected credit losses” approach to recognizing the state of credit-based instruments in financial statements. It took effect for large Securities and Exchange Commission filers in January, and big banks had already begun discussing the impacts of the landmark accounting change in fourth-quarter 2019 earnings calls.

The point to delay CECL was wedged onto Page 543 of Congress’ bill and comes after many, including individual members of Congress and the chairman of the FDIC, called for relief from the new rule in the midst of the pandemic. “I urge you to allow banks that are currently subject to CECL to have the option to postpone implementation,” FDIC Chair Jelena McWilliams wrote in a March 19 letter to FASB. “This will allow these institutions to better focus on supporting lending to creditworthy households and businesses, which will support the return of our economy to health.”

For its part, FASB pleaded to keep the rule in place. Kathleen Casey, chair of the Board of Trustees of the Financial Accounting Foundation, which oversees FASB, sent a letter to Congressional leaders on Monday urging the removal of the draft measures included in the economic recovery package related to changes in accounting for CECL.

“The nation’s biggest banks have already made significant investments in systems and business processes to comply with CECL,” Casey argued. “Many have already communicated to investors their expectations about the likely impact of CECL on their upcoming financial results. Suddenly unwinding those investments and expectations will add unnecessary costs for the banks and create confusion for investors.”

CECL, which was devised during the recession following the 2008 financial crisis, “provides greater clarity to investors about the actual risk profile embedded in a bank’s loan portfolio,” Casey continued. “This is a major improvement from the last financial crisis in 2008, when the ‘incurred loss’ accounting model created a mismatch between a bank’s reported financial numbers and its actual underlying financial condition.”

Casey also asked Congress to remove language from the bill designed to provide relief from accounting for troubled debt restructurings (TDRs) under U.S. GAAP, to no avail. The bill suspends requirements for TDRs for the term of loan modifications not more than 30 days past due as of Dec. 31, 2019.

Late last year, FASB finalized a delay to CECL for smaller reporting companies and all private firms until January 2023 to provide the benefit of more time to implement the major accounting change.