The United States may be entering a golden age for financial fraud. 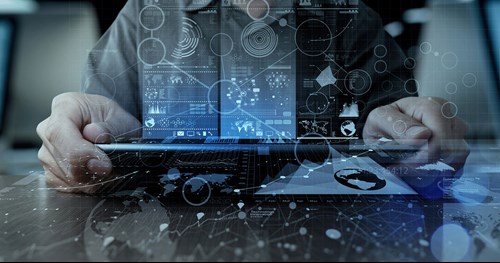 A global health pandemic, an unprecedented flow of government money, and a weakening of lending controls and oversight could create a perfect storm of opportunity for individual fraudsters, criminal gangs, and even enemies abroad to lay their hands on $2 trillion in taxpayer dollars meant to support the American economy, financial crimes experts say.

“There is potential for a significant amount of fraud. We’re potentially talking tens or hundreds of billions of dollars here,” said Daniel Wager, vice president of global financial crime compliance for LexisNexis Risk Solutions and a former federal investigator and bank executive.

“There are several angles through which risk is escalating,” he said. “There is a huge amount of money being pushed out to support small businesses, which would help the U.S. population live day-to-day. And there is a huge volume of criminals looking to siphon away funds from the regulated financial system.”

This perfect storm starts with opportunity, in the form of the Coronavirus Aid, Relief, and Economic Security Act (CARES Act). The CARES Act authorizes $2 trillion in relief to American businesses and industries, including $454 billion in Federal Reserve lending power. President Donald Trump and Congress want to push that money out to American taxpayers and businesses as soon as possible; checks are expected to flow to individual taxpayers later this month.

There are troubling signs that oversight of the CARES Act may not even be as robust as the oversight of the last significant relief package, the Emergency Economic Stabilization Act of 2008.

The Emergency Economic Stabilization Act of 2008 —which authorized the Treasury Secretary to create the $700 billion Troubled Asset Relief Program (TARP)—and the $840 billion stimulus package under the American Recovery and Reinvestment Act of 2009, was roughly combined at $1.5 trillion.

Oversight of the TARP funds fell to the Office of the Special Inspector General for the Troubled Assets Relief Program (SIGTARP). The agency has recovered $11 billion and convicted over 380 people in financial fraud investigations since it was launched, according to a 2019 press release. SIGTARP eventually moved beyond simply clawing back money from TARP and is conducting independent financial crime investigations. The agency also established a Financial Fraud Registry as a place to highlight and coordinate financial fraud investigations conducted by various federal agencies.

The CARES Act creates a similar oversight body, the Office of the Special Inspector General for Pandemic Recovery (SIGPR). However, there have been several troubling signs its investigatory strength may be hamstrung or curtailed. President Trump in his signing statement accompanying the CARES Act relayed his intent not to enforce the oversight provision, arguing that it interferes with executive branch prerogatives. “My administration will treat this provision as hortatory but not mandatory,” he wrote.

Since then, President Trump took an additional step to rein in the potential investigatory strength of SIGPR. He removed acting Inspector General Glenn Fine, an experienced independent investigator who had worked in the Pentagon since 2016. Fine was poised to provide independent oversight on the $2 trillion CARES Act spending as head of SIGPR. The president appointed in his place Environmental Protection Agency inspector general Sean O’Donnell, who was appointed to the EPA in January.

“If we use past historical models as a guide—Katrina, Hurricane Sandy, other natural disasters—we can expect double digit (percentage of) fraud here,” Wager said. The difference, he said, is the scale. The CARES aid package is massive, and politicians want the money pushed fast.

“It’s a factor being weighed politically right now, how much fraud is too much,” he said. “All indications are the government is distributing money with an eye towards generosity, and not the same eye towards reclamation and recovery.”

Financial institutions are under increasing pressure to approve government loans quickly. Some of that pressure has been relieved by recent announcements by two federal agencies, indicating they will loosen certain loan verification and reporting requirements under the Bank Secrecy Act.

The government will still expect banks and lending institutions to do their due diligence, Wager said. But they will have to find ways to speed up the vetting process.

“In the past, this process was done manually, so they need to find ways to process loans in batches, en masse,” he said. Many of the red flags that might normally pop up—say, a business has no revenue for an entire month or has produced no invoices—should be overlooked, he said, because a borrower’s slowing or stopping of business activity has become the new normal.

Now, that same software can be used by government to flag companies that have recently switched from manufacturing one product to another. Companies that have recently jumped into the medical supply or toilet paper business probably need more scrutiny. A company that had never sold medical supplies before suddenly jumping into the market could be a red flag, he said.

But even that vetting has its pitfalls, because some manufacturers are reopening parts of their shuttered lines to produce personal protection equipment like masks, or key medical supplies like ventilators, then donating the products to front-line medical workers.

In lieu of some of these more traditional forms of vetting a business, Daniels says some financial institutions are examining supply chains. For example, a company that manufacturers window seals may be competing for a key ingredient with manufacturers of badly needed medical supplies. The window seal manufacturer is going to have trouble sourcing that ingredient in the short term.

That doesn’t mean the window seal manufacturer doesn’t get a loan, but it could affect the type of loan, Daniels said. They’d be more suited for a straight relief loan, rather than a loan that helps them compete for a government contract, for example.

For all this talk about fraud, maybe some fraud isn’t a bad thing, or at least tolerable, in this current environment, Wager said.

“Fraudsters tend not to save. They’re great spenders,” he said, laughing. “They love buying cars, boats, going on fancy vacations. We always have the chance to pursue fraud in arrears.”