Cathy Sanz, president, Women in Federal Law Enforcement (WIFLE), has faced her fair share of struggles as a woman working in law enforcement. Sanz, one of the speakers at the upcoming 5th Annual Police Recruitment & Retention Summit, shares with FRA her personal experiences and advice for women interested in furthering their professional development. 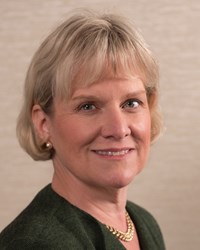 Sanz will discuss best practices when preparing for a promotion as a featured speaker on the Women in Public Safety co-located track at the 5th Annual Police Recruitment & Retention Summit, which will take place Dec. 9-10 at the Sofitel at Rittenhouse Square in Philadelphia.

Sanz talked to FRA ahead of the conference about some of the cultural struggles she’s experienced as a woman in law enforcement and offered advice to others who want to move ahead in their career.

When it comes to women in law enforcement, a consistent trend exists–there aren’t enough. The number of women in the profession has remained stagnant at just 12 percent since 2007, Sanz explained.

There isn’t one direct cause to blame, rather a multitude of smaller uncertainties. Varying factors such as recruitment, training, retainment, and overall mission can impact a candidate’s interest in joining or remaining with an agency, but women face additional cultural struggles that interfere with their professional development, said Sanz.

“Men are very much pushed to take chances, and women are pushed to be perfect,” she said.

This added pressure combined with an endemic stereotype deters women from taking the same chances as their male counterparts, she said. Research shows that when a supervisor publicly discusses a promotion with male and female subordinates, people are eager to understand the ethical intention for the male but quick to question the relationship between the female and her superior, according to Sanz. In fact, it’s the awareness of such implications that causes women to intentionally not put in for a promotion. “There is a gender difference in how we promote or approach these things when we want people to put in for promotions,” she said. 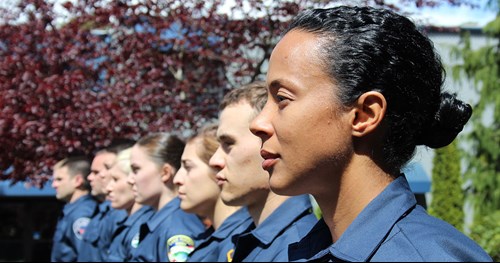 After achieving her first-line supervisor position, Sanz had to become more strategic when it came time to apply for future positions because her husband worked for the same agency. Their relationship meant she had to put more thought into applying for certain positions in order to avoid being in the same chain of command as her husband, she recalled. At times, it meant passing up ideal opportunities such as the “special agent in charge” position, something she really wanted.

Sanz said that it was difficult at times to balance her career and marriage, and the balancing act can look different for many women.

“For other women it might be that they’ve just got too much on their plate, their kids aren’t the right age, they have aging parents that are taking up too much time,” she said. “They purposely make a decision not to put in for certain jobs simply because they can’t dedicate what they believe is the right amount of time.”

It’s also discouraging when you seek promotional opportunities but are frequently overlooked. She recalled a time in her career when a male colleague, one she deemed less competent, was chosen over her for a promotion but continued to heavily rely on her to make the difficult decisions. “I had to do his job while he was sitting there,” she said. “It was extremely painful to go through it. In retrospect, I learned so much from experiencing that, but it is not something I recommend for anybody.”

Perception can interfere with reality–know what you’re getting into

When you’re interested in a position, there are two important steps to take:

First, it’s crucial to learn what the job really entails. The perception of what a position requires can vary significantly from reality, she explained. “You really need to look at the position description and performance evaluation plan, and then talk to somebody who’s done that job,” she said. “It could be your personal supervisor; it could even be somebody in a different agency.”

It can be difficult at times to further professional development and stand out from a competitive candidate pool. Sanz’s advice is short and sweet: volunteer. Look at the opportunities that expand your capabilities in order to have substantial examples of your performance, she said.

Willingness to participate in the less sought-after assignments can also make a difference. “Take on assignments that aren’t the sexy assignments. Everybody wants to go to narcotics; everybody wants to work homicide. But if there’s a detail to work on a new policy or create something, those things help you expand the way you work,” she said.

Each opportunity allows you to add credibility to yourself when it comes time to apply and interview for a position, Sanz explained. It isn’t about convincing anyone that you’ll be able to do a job if you’re selected; it’s about emphasizing that you already do the job and you have examples to prove it, she said.

Understand the power and responsibility you hold in promotion

When the opportunity for promotion does present itself, Sanz recommends having a heightened awareness of the new parameters that come with the territory. A career in law enforcement involves a foundation of power, and promotion only expands that power, she explained. “When you promote, you gain even more power, and you have power over the people you work with, and you have to really understand how you use power and how people have access to your power,” she said.

Sanz emphasized the importance of boundaries once you’re in a supervisor position in order to avoid outside influences that may impact how you supervise and evaluate someone’s performance. For example, she said, a certain conversation between employees regarding a colleague may have the intent of innocent banter, but for you as a supervisor, it can be a serious performance issue that requires action. By allowing employees to impact how you use your power, you allow them to have access to your power, she said.

However, with that power comes a great opportunity to recruit, train, and retain. As a supervisor, Sanz explained, “You have to have a real concept that you want people to succeed. You want to coach them; you want to have a hand in their development.”

Sanz will present “Best Practices When Preparing for Promotion,” at 3:15 p.m. Monday, Dec. 9, the first day of the 5th Annual Police Recruitment & Retention Summit at the Sofitel at Rittenhouse Square in Philadelphia. Click here to see the full agenda and here for registration information.