Although the Democratically-controlled House of Representatives passed legislation in July meant to stabilize multiemployer pension plans, the bill will likely face stiff opposition from Republicans if the Senate decides to act on it this year. Yet with no other alternative, more than 100 of these pension plans are headed for a financial crisis and are projected to become insolvent. In this article, FRA talks to Joseph A. LoCicero, chairman of The Segal Group, about the possible future of multiemployer plans. 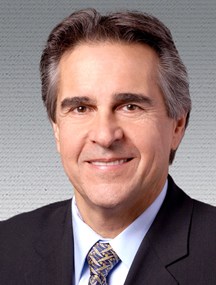 LoCicero, an expert on multiemployer pensions who has closely followed the legislative fits and starts, will be among the panelists who will discuss the multiemployer crisis at FRA’s Made in America 2020: The 17th annual Taft-Hartley Benefits Summit, January 19-21, at the Bellagio Hotel and Casino in Las Vegas.

At issue: the financial viability of many multiemployer or Taft-Harley plans, which are maintained under collective bargaining agreements between two or more employers, usually within the same or related industries, and a labor union.

The situation is dire, and some of these troubled plans are projected to run out of money at some point over the next 20 years, some sooner than others. Indeed, the Pension Benefit Guaranty Corporation’s (PBGC) multiemployer program could be bankrupt in the next six years, according to the government’s pension insurer, which projects that 125 of the 1,400 multiemployer plans it insures are in critical condition and will be unable to pay basic guaranteed benefits in full when due.

“Absent changes in law, the financial condition of PBGC’s Multiemployer Insurance Program will continue to worsen over the next 10 years,” the PBGC announced. “More and larger claims on the Multiemployer Program over the next few years will deplete program assets and lead to the program’s insolvency by the end of FY 2025.”

The result: many of the 10.6 million American workers and retirees whose plans paid premiums to the PBGC will be left with little or no benefits.

To save the pension plans from running out of money, the U.S. House of Representatives passed H.R. 397, the Rehabilitation for Multiemployer Pensions Act, 264-169 this past July. The bill, which now moves on the Senate, would create a Pension Rehabilitation Administration within the Department of Treasury that would provide low-interest loans and other assistance to shore up endangered multiemployer pension plans so that they can continue paying out benefits.

The bill is essentially a loan program with the ability to provide grants in addition to loans if necessary, explained LoCicero. The legislation is similar to the Butch Lewis Act, which was reintroduced in the Senate in July and would use proceeds from Treasury bonds to fund an emergency loan program to preserve the pension benefits. “It’s substantially the same bill that the House passed…it has some differences but it’s the same concept of the loan program,” LoCicero said.

But both versions of the bill will likely face an uphill battle in the Senate. The Congressional Budget Office estimates the Rehabilitation for Multiemployer Pensions Act will cost $48.5 billion over 10 years and many Republicans are critical of what they consider a government bailout for mismanaged plans.

“There are a number of folks who are very supportive of the bill and want to push it through...But there are others saying it is not going to happen,” LoCicero said.

Meanwhile, he said, there are those in the industry who want to work on alternatives in case the loan program fails to become law. They are pushing for a liability removal program, which LoCicero describes as a mirror image of a loan program.

“Essentially what it says is instead of the PBGC lending money to a plan, the PBGC takes enough liability away from the plan, so the remaining plan becomes solvent,” he said. “That’s why I call it a mirror image. It’s substantially the same result, but for those in Congress who are opposed to giving money to a plan, this is an alternative that perhaps they can live with.”

Perhaps there will be some action on the issue by the time the Made in America 2020: The 17th annual Taft-Hartley Benefits Summit meets in January, but LoCicero has his doubts. “Something needs to be done, but it’s possible nothing happens, and nothing changes,” he said.

Editor’s note: LoCicero will join Larry McGann, general-secretary-treasurer of the International Union of Elevator Constructors and Russel D. Kamp, managing senior consultant, Alan Biller and Associates, for a fireside chat on the status of the multiemployer pension crisis at 10 a.m. Monday, Jan. 20, the first full day of the Made in America 2020: The 17th annual Taft-Hartley Benefits Summit. Click here to see the full agenda or to register for the conference.