Miri Forster is a Partner and Co-Leader of the Tax Controversy Practice, specializing in providing tax dispute resolution services to public and private corporations, partnerships and high net worth individuals on a wide range of technical and procedural issues. She has over 20 years of IRS practice, procedure, and tax controversy experience.

Prior to joining the firm, Miri was a Tax Controversy Principal at a Big 4 firm. Miri also previously served as an Attorney-Advisor at the United States Tax Court in Washington, D.C., and is an attorney licensed in the states of New York and New Jersey as well as Washington, D.C.
Miri is a frequent speaker on IRS enforcement trends, the centralized partnership audit regime and its impact on pass-through entities and investors, voluntary disclosures of inadvertent tax compliance matters and related penalties, and other IRS practice, procedure and dispute resolution topics. 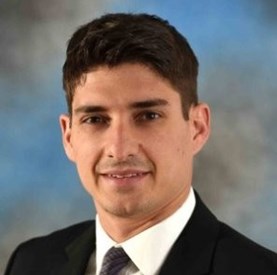 Robert has provided tax and advisory services to professional investors for over a decade.  Robert advises his clients on a wide variety of issues including transactional planning, fund structuring, distressed investing, and financial instruments.

Prior to re-joining FLSV in 2018, Robert served as a Tax Manager at Centerbridge Partners, L.P., where he focused on Centerbridge’s distressed debt and special situation funds dealing with a wide range of tax matters, including U.S. and non-U.S. debt investments, private equity investments, portfolio company restructurings, and international tax issues.  Prior to Centerbridge, Robert spent four years at Deloitte Tax, where he advised private equity, venture capital and asset management clients on U.S income tax matters.

Robert received a bachelor’s degree in accounting from James Madison University, where he played varsity baseball.  He also completed a Master of Science in Taxation degree from SUNY-Old Westbury.  He is a member of the New York State Society of Certified Public Accountants (NYSSCPA). 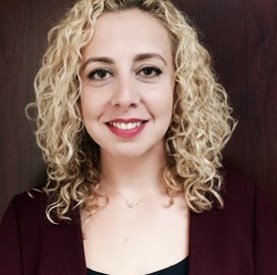 Delina Bakalli is a Tax Managing Director in the Financial Services Group in the New York City office of BDO USA, LLP. Delina has over fourteen years of experience providing tax compliance, structuring and planning services, including 10 years of experience with BDO’s financial services practice. She has worked on over 60 investment funds in the past 10 years, ranging from startup funds with $5 million AUM to multi-billion-dollar funds. Strategies have included long-short equity, loan origination, debt funds, foreign currency contracts, complex derivatives and other alternative assets, private equity, venture capital, management companies, and fund of funds.  She also has worked on a number of other financial services entities such as broker-dealers and registered investment advisors. 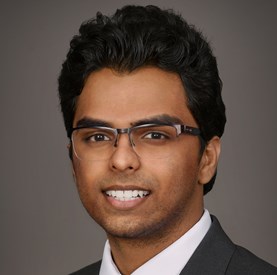 Shehan is one of the handful of CPAs in the country who is recognized as a real-world operator and a conceptual subject matter expert on cryptocurrency taxation. He is a partner at JAGArgueta CPAs, Head of Tax Strategy at CoinTracker, a Forbes Tax Contributor and a CPE instructor who has won various awards: 2019 CPA Practice Advisor 40 under 40 accounting professionals, Outstanding Young CPA of the year & Among 21 accountants mentioned on Accounting Today who will be helping shape (and reshape) accounting in 2020 and beyond by Accounting Today. Shehan is a renowned speaker who has done speaking engagements with many organizations including Google, Coinbase, Lyft, AICPA, American Bar Association, and State CPA Societies. 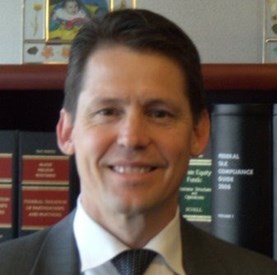 Erica England is the Chief Financial Officer of the Wolcott organization, which includes the Wolcott Family Office and Wolcott construction firm. Erica is responsible for the organization’s accounting, finance, human resource, tax and information systems. Erica also oversees the investment portfolio, including asset allocation, due diligence of investment managers and tax planning.

Erica’s experience in the alternative investment space includes asset management, compliance, financial reporting, taxation, and valuations, with a focus on real estate. Erica holds a BS in Business Administration and Management from Boston University and has held her CPA license since 2003. 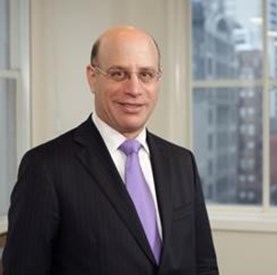 Phil Gross focuses on the taxation of hedge funds and private equity funds, including domestic funds, offshore funds, funds of funds, and real estate funds. Phil counsels clients on structuring (and restructuring) funds, structuring investment managers and general partners, compensating managers and employees, investing in funds, and seeding managers or being seeded. He also advises clients on insurance dedicated funds and private placement life insurance, and other international, federal, state and local fund tax issues. He has practiced at KKWC since December 1993. Phil is a frequent speaker and author on fund tax issues. Phil has been selected as a New York Super Lawyer (2014 to present).

Justin Headley joined Warren Averett in 2016 and is a Manager in the Firm’s Security, Risk and Controls Group. He has more than ten years of combined public accounting and industry experience. Justin has extensive knowledge in assisting our clients with technology control reviews, cybersecurity concerns, technology risk assessments, business process reviews and SSAE 18, SOC 1 and SOC 2 Reports. In conjunction with the AICPA, he recently acquired the newly released SOC for Cybersecurity Certificate, which assists clients in an examination of the maturity of their Cybersecurity Risk Management Program. Justin is also a published author and speaker on a variety of technology and cyber security topics. Justin resides in Birmingham with his wife and three children.

Steve is a Tax Partner in the State and Local Tax practice in New York. Steve has a broad range of experience specializing in asset management clients including private equity funds, hedge funds, fund of funds, and investment advisors. Steve advises clients on state and local planning regarding organizations, structuring and complex transactions. Steve also leads the technology and innovation strategy for the state and local Tax - Financial Services practice and has extensive experience streamlining the state compliance process and managing real-time data for state tax planning, modeling and forecasting. Steve has over 16 years of experience in the financial services industry. Steve has a Bachelor of Business Administration from Boston University Questrom School of Business. 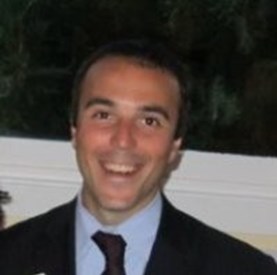 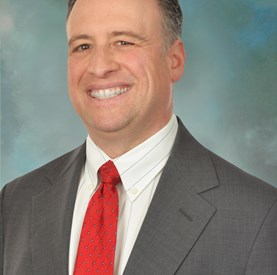 Jeffrey Parker is a Tax Partner and Co-Leader of the firm’s Personal Wealth Advisors Group (PWA), and also a member of the Financial Services Group. With more than 25 years of experience, he provides guidance on complex tax questions for clients in the financial services industry. Jeff specializes in tax services for investment partnerships, such as hedge funds, private equity funds, funds of funds, and MLP Funds, including structuring and compliance.

In his PWA role, in addition to assisting fund managers and CFO’s, Jeff uses his knowledge to assist investors in navigating the complex tax rules facing investments in alternative assets. His expertise have led him to become skilled in advising on personal income tax returns, estate and gift taxes, trusts, and foundations for high net worth individuals, as well as Family Offices.

Prior to joining the firm, Jeff was a Tax Partner with a national accounting firm. 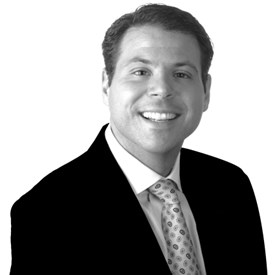 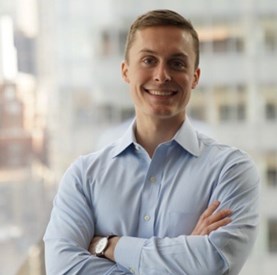 An integral part of Ms. Scott’s practice is her specialty in representing clients in state tax controversy at all levels of dispute including notice response, audits, administrative appeals and litigation. She frequently provides counsel to clients on voluntary disclosures, amnesty, and compliance initiatives as part of the controversy practice. 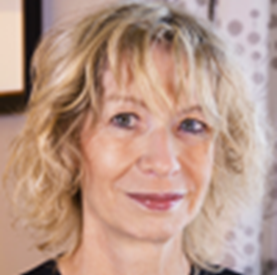 Lee Sheppard, contributing editor of Tax Analysts' Tax Notes, is one of the nation's most widely read and respected tax commentators. Named one of the Global Tax 50 most influential players in international taxation in 2012 by International Tax Review, Sheppard specializes in financial issues and the taxation of multinational corporations. Her articles have included commentary on treaty issues, transfer pricing, European tax developments, and cutting-edge financial issues such as derivatives, hybrid securities, and hedge funds. Sheppard holds a law degree from the Northwestern University School of Law.

George Teixeira, CPA, is a tax partner at Anchin. He is a Co-Practice Leader of the Firm’s Private Equity Group, Tax Leader of the Firm’s Financial Services Practice and a member of its Private Client Group. George is experienced in servicing the alternative investment, private equity and financial services industries. His expertise includes tax planning for high net worth individuals, investment partnerships, investment advisors, broker-dealers, venture capital companies, hedge funds (and their investors), investment partnership management companies and general partner entities. He specializes in the taxation of securities transactions and financial services companies, in addition to offering tax compliance and consulting services for a diversity of entities and individuals. 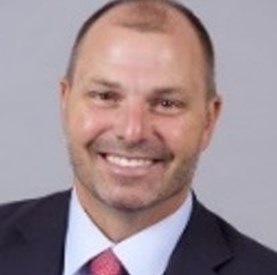 Tony is a Principal in KPMG’s Alternative Investment Tax practice. He has more than 20 years of experience in tax structuring and advisory of alternative investment clients.

Tony is responsible for tax structuring and tax advisory services for a broad range of asset management clients including hedge funds, fund of funds, private equity and venture capital funds. Tony has worked extensively with the formation and operation of funds trading a multitude of asset classes and various strategies. He has expertise in structuring hybrid funds and non-U.S. funds investing into the U.S. markets. His proficiency extends to the operation of management companies and the design of myriad compensation arrangements.

Tony also has expertise in the taxation of financial products and complex capital markets transactions. Prior to joining KPMG, he was the leader of the financial services practice at a national public accounting firm. He also served as the global head of tax structuring at Deutsche Bank.