Women in Public Safety: Retired FBI agent Rhonda Glover offers lessons on leadership and tips to prepare for the next stage of your career

Rhonda Glover spent 34 years working for the Federal Bureau of Investigation before retiring last year from a career she loved. She had no choice–the age cut off for agents in federal law enforcement is 57. But she had far too much energy and ambition to leave the working world behind. FRA talked to Glover ahead of the 5th Annual Police Recruitment & Retention Summit about what she has learned about leadership and her own career reset as founder and CEO of a training, development, and career coaching firm. 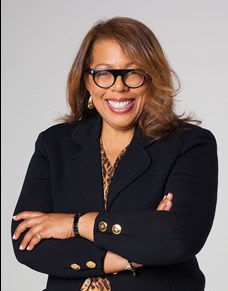 Glover, head of The Rhonda M. Glover Group LLC., will be a featured speaker on the Women in Public Safety co-located track of the 5th annual Police Recruitment & Retention Summit, which will take place Dec. 9-10 at the Sofitel at Rittenhouse Square in Philadelphia. She will moderate a panel discussion on recruiting women and minorities and speak at sessions on mentorship development, leadership, and gender stereotyping and misconceptions.

She shared with FRA some of the life lessons she learned throughout her career:

Not everyone wants to play nice in the sandbox

While Glover worked to position herself to learn the most she could from other agents, she quickly observed that in a male-dominated field not everyone was willing to work with their female colleagues.

“One thing I learned in the FBI and over my 34-year career, if someone doesn’t want to work with you, they aren’t going to and they are not going to show up to do their best,” she said.

Glover recalled one male agent who refused to work with his female partner even when their supervisor insisted. “He was that passionate about not having to work with her. I knew this female agent very well. She was very smart, and her personality was very strong, and he couldn’t deal with it,” she said.

The tense interaction stayed with Glover throughout her career and helped her overcome that type of negativity when she was in a similar situation.

“Sometimes it’s not about you being a woman or the color of your skin,” she said. “Some folks have to work by themselves or can’t work with a certain personality, or men like to work with men. Realizing that helped me move forward and not stay stuck or use it as an excuse.”

In her role as a career coach, Glover advises younger clients that if they reach out to a potential mentor and the person doesn’t respond, look to someone else for guidance.

“Keep moving. Don’t take it personal and don’t let them keep you from your genius and your greatness. You go to the next person, and you don’t let the other person slow your roll. Those are the things that keep you stuck and keep you from doing what you want to do,” she said.

Bring your best to the job every day

Working twice as hard doesn’t necessarily equate to being better at your job, she said. Her advice: Focus on doing your job and execute your role and responsibility to the best of your ability.

Every day Glover makes it her mission to show up to work ready to do her best. It’s one of the reasons she had such a successful career with the FBI.

“I was not trying to work twice as hard. I learned to show up as my best self, which is better than twice as hard,” she said. “Your best may be three times as hard or four times as hard. Everyone’s best is going to be different.”

Don’t underestimate the power of positivity

Glover’s best also means striving to make a positive impact wherever she goes and with whomever she meets. She urges all leaders to do the same.

She advises clients not to allow negativity to hold them down and keep them from moving forward.

Look ahead and start planning for your retirement in advance

Glover loved the work she did for the FBI, but began planning for her retirement in 2005, long before she approached the cut-off age of 57. That planning time was a gift and she recommends that others think about their own retirement or next stage of their career years before they actually leave their jobs.

Editor’s note: Glover will be a featured speaker at Women in Public Safety, a co-located track of the 5th annual Police Recruitment & Retention Summit, Dec. 9-10 at the Sofitel at Rittenhouse Square in Philadelphia. Click here for the full agenda and registration information.